Michael started at Johnsons MME in January 2004 after completing his schooling in Wodonga. Subsequent qualifications include a Bachelor of Business (Accounting/Business Management) from Charles Sturt University, as well as being a Member of the Institute of Chartered Accountants.

Michael works in the area of business and taxation services, providing ongoing assistance to a range of clients from various industries. 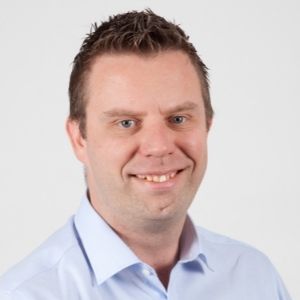 Originally from Deniliquin, Aidan commenced with Johnsons MME in 2012. He completed his Bachelor of Business (Accounting/Finance) with distinction from Charles Sturt University in Wagga Wagga and was admitted to the Australian Institute of Chartered Accountants in 2013.  He was appointed as a Manager in July 2016 and currently serves on the Chartered Accountants Albury/Wodonga regional committee.

Aidan works in the area of business and taxation services using his skills to assist a variety of clients particularly those in the water infrastructure, primary production, manufacturing retail and Not-for-Profit sectors. With an understanding of business technology, Aidan also works with clients to develop streamlined solutions for their business processes.  He also has a strong involvement in our Virtual CFO and outsourcing assignments and can assist business clients with developing the capacity of their finance teams. 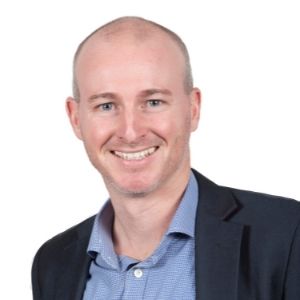 Chad, born in Myrtleford, commenced work with Johnsons MME in 2011 as a Supervisor. He was promoted to Manager in 2014.

Chad completed his Bachelor of Business (Accounting) at Charles Sturt University Albury/Wodonga and was admitted to full membership of CPA Australia in 2010. Chad works in the area of business and taxation services, using his skills to assist and guide a wide range of clients particularly those in the transport, construction, manufacturing and primary production industries. With an understanding of key business and taxation issues including succession planning, Chad provides an opportunity for businesses to achieve their goals, no matter where they are in their business lifecycle. 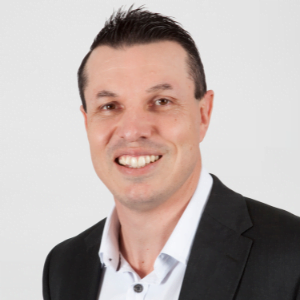 Jane grew up in Allans Flat on a beef cattle farm. She completed her Bachelor of Business/Accounting degree in 2003 and Graduate Diploma of Charted Accounting in 2015. Jane commenced working at Johnsons MME in April 2016.

Jane works in business and taxation services and assists a wide range of clients particularly those in construction and primary production.

In her spare time Jane is a mother to two boys and is the treasurer for a local not for profit organisation. 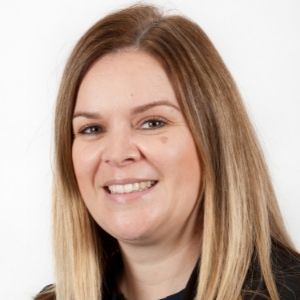 Originally from Mansfield, Kristian completed his Bachelor of Business at RMIT in 1986. Initially working for Insolvency firm Neville Bird Clarke & Co before moving to KPMG working in Business Services focusing on tax and small business, and becoming a Member of Institute of Chartered Accountants in 1993.

In 1995 he joined Chisholm Partners (formerly Heslop & McLeish) Chartered Accountants in Wangaratta as Manager, then progressing to partner in 1999 and continuing in this role until 2021. Kristian has serviced a wide range of clients, including primary production, construction, medical practitioners.

Married to Jackie, a father of 5 and grandfather of 2, he is looking forward to spending more time in the outdoors with family.

After serving as president, treasurer, board member, league delegate, coach, umpire, water boy and everything in between Kristian was made a Life Member of Wangaratta & District Junior Football League in 2011. 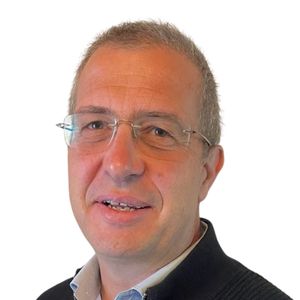 Alison commenced work with the former firm Coopers & Lybrand in 1995 after completing a Bachelor of Business (Accounting) at Charles Sturt University in Albury. She was admitted to the Institute of Chartered Accountants in 1998.

Alison works in the area of business and taxation services as an Assistant Manager using her skills to help and guide a wide range of clients particularly within the local primary production industry. She is originally from Khancoban. 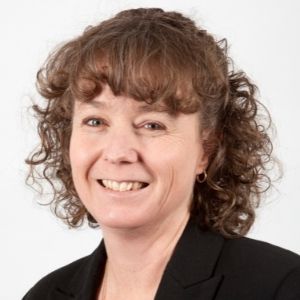 Joy was born in Albury and grew up on a farm in Brocklesby. She attended Albury High School and after completing her higher school certificate she commenced a traineeship with Coopers & Lybrand in Albury. She spent her first two years working full time and studying part time at Riverina College of Advanced Education (now Charles Sturt University).  She then moved to Wagga to complete her degree full time and thereafter returned to Albury to take up a position at  & Lybrand.

Joy is a Chartered Accountant and a member of the Taxation Institute. She is an Assistant Manager working in business and taxation services for a wide range of clients.  She also  providing valuation services and fringe benefits tax advice.

Outside of work, Joy likes to keep fit and plays tennis and hockey. 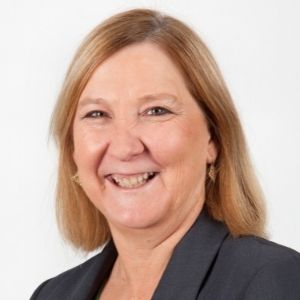 Liz was born in Melbourne but moved to Albury with her parents as a child. Liz attended primary and secondary school in North Albury before embarking upon a Traineeship with Coopers & Lybrand in Albury in 1987. The following year, Liz started her Bachelor of Business (Accountancy) at the Charles Sturt University Albury campus; a qualification she completed in 1991.

Melbourne beckoned Liz and she departed Coopers & Lybrand to work for a boutique accounting firm in South Yarra for two years. She returned to the fold in August 1994 and has completed over twenty years of service.

Liz’s current role as Assistant Manager has her working in the area of Business and Taxation Services for a variety of clients.  Outside of work, Liz keeps busy playing tennis, indulging in travel and supporting her favourite AFL team, Geelong. 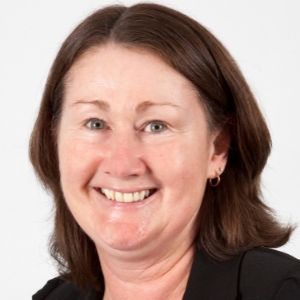 Anastasia has over ten years of experience in business and taxation services,  and has specialised in Self-Managed Superannuation Funds since 2012 and was recognised as an SMSF Specialist Member of Chartered Accountants ANZ in 2017. 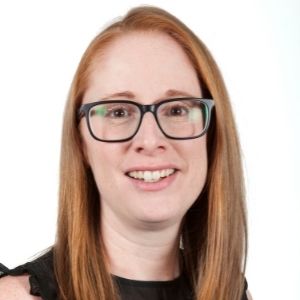 Originally from Deniliquin, Pauline commenced a traineeship with the former firm Coopers & Lybrand in 1997. She completed her Bachelor of Business (Accounting) from Charles Sturt University and was admitted to the Australian Institute of Chartered Accountants in 2006.

Pauline works in the area of business and taxation services as an Assistant Manager. She has recently returned to Johnsons MME after an extended maternity leave break.

Outside of work Pauline enjoys spending time with her family including her husband, Paul and their 4 active boys. 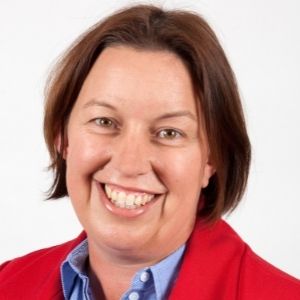 Ryan joined Johnsons MME in September 2006 and has since gone on to work closely with a range of clients from various industries such as primary production, construction, retail and transportation.

Ryan predominantly works in business and taxation services and became a member of Chartered Accountants Australia and New Zealand in 2015. 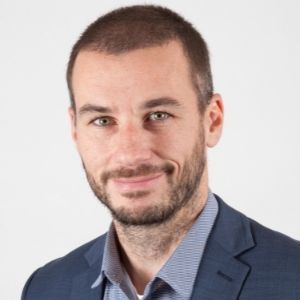 Cameron joined Johnsons MME as an assistant accountant in July 2015 after working in hospitality through University. Cameron completed a Bachelor of Business (Accounting) at Charles Sturt University Albury/Wodonga and has completed his Chartered Accountants course.

Cameron primarily works in business and taxation services working with a wide range of clients, particularly from the primary production, construction & transport industries.

Cameron has grown up in Albury and enjoys spending time with his family and playing golf at the Albury Golf Club. 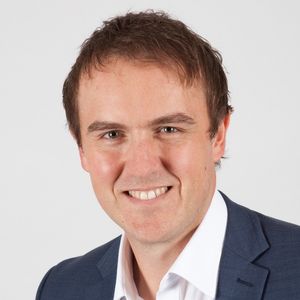 Don’t cry because it’s over. Smile because it happened.

Business Services
Born in Canberra, Steven (Gus)commenced work with our antecedent firm, Coopers & Lybrand, in February 1989.  He became a manager at Johnsons MME in 2004. Steven was admitted to the Institute of Chartered Accountants in Australia in 1998.   He worked in the area of business and taxation services, using his skills in these areas to assist and guide a variety of clients.

Gus lost his battle against cancer in April 2018.

Our workmate and friend, Gus… he was one of a kind.  This mild-mannered accountant by day would turn into a  wearing,

non-mainstream music listener after hours.  From suits one moment to dark heavy metal t-shirts the next.  Gus would always have a smile on his face, be eager to help and have the knowledge to back up his decisions and thought processes.

You are missed by all those that knew you . 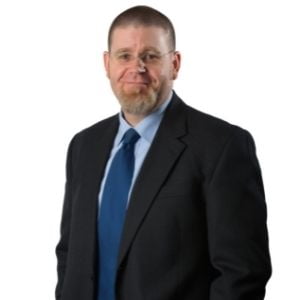